This page has been archived and is no longer able to be edited. 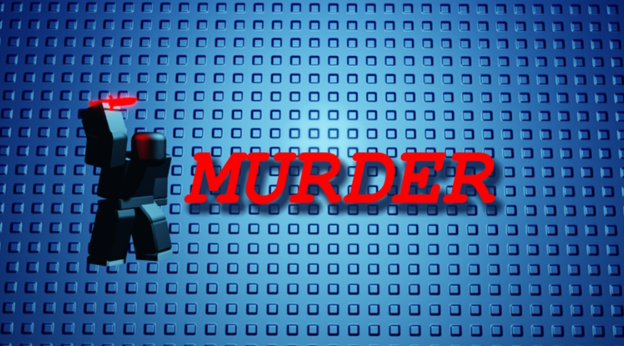 A page dedicated to another ROLVe game, MURDER. Released on January 4th, 2020.
MURDER is a murder game stylized to include characters and a map from Arsenal. It was also released under the name Murder and Arsenal Murder.
When a round starts, players can spawn in as either a bystander, a bystander "with a secret weapon", or as the murderer. Each player's name, skin, and colors are randomly chosen at the beginning.
Anyone who isn't the murderer or bystander with a weapon. Their goal is to survive the Murderer's kill spree until the murderer is killed or the round timer runs out. 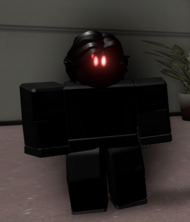 One player will be selected to play this role. Their goal is to kill all of the Bystanders before the round ends or they are killed. If the murderer has not killed anyone for a length of time, they will receive a notice that their murderous intent is revealed, along with a grayscaled screen and a reveal of all Bystander locations. This changes their appearance, becoming pitch-black with red eyes and black smoke emanating from them.

Every player, bystanders and murderers alike, can collect loot (seen as green, glowing props around the map). If a bystander collects 5 pieces of loot, they will be able to craft and obtain a revolver. A murderer can use 1 piece of loot to disguise as a dead player for the rest of the round.
The revolver is a Bystander-only weapon, only obtained by being a Bystander with a secret weapon, picking it up from such players, or by collecting 5 pieces of loot within a round. It can kill any player (including the murderer) in a single hit, but firing upon an innocent will kill its user.

The revolver is only capable of a single shot before it requires a reload. When dropped, the revolver will be dropped and emit a blue sparkling effect. If a player picks up the revolver, it will need to be reloaded first.

The knife is a murderer-only weapon. Swinging this weapon with the primary attack will instantaneously kill a bystander, and throwing this weapon will allow it to be used at a longer range with RM2. Thrown knives will be recovered within several seconds, and during that time the Murderer is unable to use it.

The revolver and knife can both have different variants.

The voice clips originated from the Citizens of Half-Life 2, where they are voiced by John Patrick Lowrie (M) and Mary Kae Irvin (F). 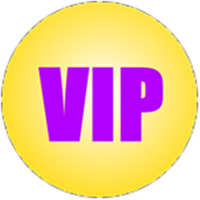 Rare skins have a 1/144 chance of appearing. Notice: The Toad skin was removed due to copyright and Myboe w/ cap was the old version of Myboe which is currently removed from the game.

So far, at least one event has been put into MURDER.

MURDER was chosen as one of the games to have an egg for the ROBLOX Egg Hunt 2020: Agents of Egg. This is a gallery of new structures for the event.

The thumbnail for Murder during the egg hunt. 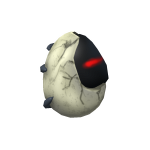 The aura given if a player obtained the Shady Subjeggct.

A player with the new egg on their head

A player with the old egg on their head.

To obtain the egg, the player, as the murderer, must have killed the player with the egg on their head. As a result, players were granted an egg badge, Shady Subjeggct accessory for their ROBLOX avatars, and an exclusive event aura named Subjeggct.