A case is a lootbox that users can buy from the shop, and it gives out a random item depending on what case is opened. The crates are always in the shop throughout rotations. If players got a duplicate item in a case, they will get 50% of the B$ that was spent to purchase the case back. Players will also receive a Character Case upon their first win. 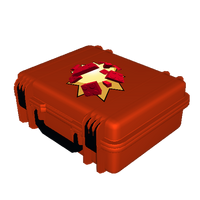 The Flair Case costs 600B$. It will give out kill effects, announcers and taunts. It won't give out code-exclusive announcers, event taunts or kill effects. Duplicates from flair cases give players 300B$ back. Flair case used to contain melees as they were moved to a separated case in the Minor Monday Update. 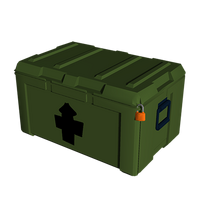 The Character Case costs 1200B$ and contains skins. Duplicate skins are also collectable and it will not give out any event skins or code exclusive skins. In the Summer Update III, the case was split in 11 different cases each containing their own set of skins.

On May 2nd, 2022, a 12th crate of entirely new skins was released containing skins exclusive to the 12th crate. 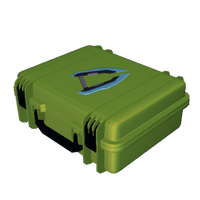 The Melee Case costs 900B$ and contains melee weapons. Duplicate melees will refund players the 450B$ back. It will not give out event melees. Before Summer Update II was released, Melee crates initially costed 1200B$. 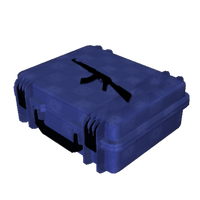 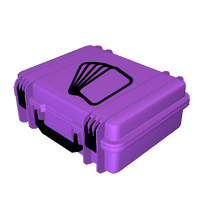 The Calling Card Case costs 600B$ and contains 10 calling cards.

The Unusual Case is a Halloween limited crate that costs over 24000B$. Inside, it gives out some skins with Halloween unusuals however it does not give out limited-time and code exclusive skins with unusuals.

This case was removed from the shop shortly after Halloween events ended. However, the case would return with different Halloween-exclusive unusuals in it.

Originally, in the first couple minutes of the Halloween Update, the case costed 30000B$. 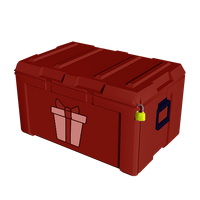 Introduced in the Winter Update: Part II, the Gift Case costs 15000B$. Similar to the original system for the Character Case, it contains all of the skins featured on the eleven separated cases. Unboxing one would give away everyone in the server, including the purchaser a single character skin.

This case also have a 5% chance of an unusual effect.

This case was removed from the shop shortly after each Christmas events ended. 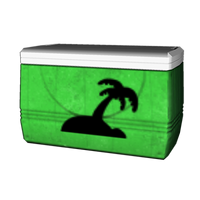 The Summer 2021 Crate costs 2400B$. It gives several skins, melees and taunts that were introduced in the Summer Update III.

The case was removed on the Halloween Update III. 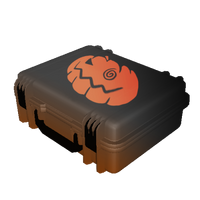 The Halloween 2021 Crate is a limited crate that costs 2500B$ introduced in the Halloween Update III. It gives out some Halloween-themed character and weapon skins for the player.

This case was removed on the Winter Update. 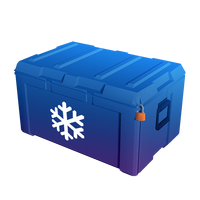 The Winter Crate costs 2500B$. It gives dozen skins that were introduced in the Winter Update: Part II.